Memory complaints can sometimes begin as early as the 20s but for most, not until after age 60. Postpartum women and women going through menopause can also sometimes begin to experience memory problems which can last for years. I wrote before of the connection between estrogen and the stress hormone, norepinephrine, and hot flashes. This same stress hormone also adversely affects memory. It is true what they say, “stress makes everything worse”.

The study, published online Jan. 19 in the American Journal of Geriatric Psychiatry, examined the effects of a curcumin supplement on memory performance in 40 adults between the ages of 50 and 90 years. None of the participants had dementia but did have mild memory complaints. Participants were chosen to receive either a placebo or 90 milligrams of curcumin twice daily for 18 months.

The people who took curcumin experienced improvements in their memory and attention abilities, while the subjects who received placebo did not. When tested, the people taking curcumin showed memory improvement by 28 percent. They also reported mild improvements in mood. Two of the participants experienced mild side effects like abdominal pain and nausea. Because of the potential of side effects, it is always a good idea to consult with your doctor before starting this or any supplement regimen. 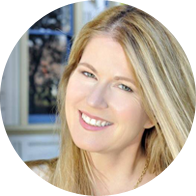